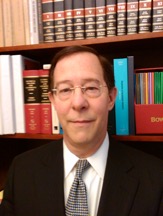 Mark was a lawyer with the Division of Corporation Finance and the Division of Market Regulation of the U.S. Securities and Exchange Commission where he worked on domestic and foreign private issuer disclosure and trading practices matters, respectively. He was a lawyer with the London Stock Exchange and advised on UK and EU supervision, regulatory and surveillance matters, and helped draft the 1994 rewrite of the LSE’s trading rules.

Mark began his career in financial services as a law clerk with Merrill Lynch. In his 38+ years in the industry and apart from being a regulator and founding and leading CompliGlobe, he held senior positions as head of legal and compliance, MLRO, compliance officer and assistant company secretary. He chaired and served on corporate governance, AML and new product committees.

Mark wrote An Introduction to Hedge Funds (2007). He edited and contributed to SEC Regulation Outside the United States (7th ed. forthcoming) and Hedge Funds & Prime Brokers (3rd ed. forthcoming). He founded (in 1997), chairs and speaks at “SEC Regulation Outside the United States”, “SEC Basics” and “CCOs and SEC Examinations”, and “How to Navigate a Prime Brokerage Agreement”, given in London, Hong Kong and other European and Asian locations.

Mark is a Trustee Emeritus of the SEC Historical Society (Trustee 2006-2009). He sat on the Task Force for the SEC’s 75th Anniversary Commemoration in 2009.

Mark was graduated from Bowling Green University with his B.A. and M.F.A. and from Touro Law School with his JD. In connection with its Centennial celebration, Bowling Green named Mark one of its 100 most prominent alumni.

Mark has been considered for nomination as an SEC Commissioner.

Mark is a member of the Law Society of England & Wales, the U.S. Supreme Court Bar and the New York State Bar (ret’d).

Mark was ISF Deputy Counsel and served on the Steering Committee for the re-write/edit of the rules of Softball, to be used in the Tokyo Olympics. He is the adviser to and a member of the WBSC Rules Commission. In 2001, the IOC awarded Mark a Diploma for “a remarkable contribution, as a volunteer, to the development of sport and Olympism.” A former GB International, Mark is a member of the BSF Hall of Fame, Men’s national team Emeritus Manager and his national team “2” was retired.

A list of Mark’s publications and information about CompliGlobe is available on request.

Save the dates! 24th Annual Conference